Fourteen-year-old Master Mustafa Awad was born with a rare facial bone deformity called Crouzon syndrome. This is a rare, autosomal dominant, genetically inherited condition in which there is premature fusion of the facial bones causing abnormal development of the skull and an obvious facial deformity. In addition, the growth and function of vital structures such as eye, ear, nose could be affected.

Mustafa’s parents, both General Physicians prac­ticing in Iraq, were very worried about their son’s condition. Mustafa had an abnormally shaped skull & face. His eye sockets were shallow causing the eyes to become very bulging. He had a small upper jaw, sunken midface and protruding lower jaw. Also he had difficulty in chewing, swallowing, speaking & breathing difficulties during sleep. Due to his “different” appearance, children at his school used to stare at him a lot, making him very self-conscious and depressed.

Dr. Salam Awad, Mustafa’s father, approached many doctors worldwide but was not satisfied with their treatment plans. Mustafa and his parents came to our hospital and having consulted Dr. S.M. Balaji, they were convinced that ours was the best centre to get the boy treated. Dr. Balaji assessed the boy’s deformity using advanced 3DCT scan and decided to perform the latest Internal Distraction Osteogenesis to advance the face bones.

Distraction Osteogenesis is a relatively new technique, where bone is expanded in a slow, controlled manner. Earlier huge box-type external rigid frames were used. For the first time, the latest internal distractors were employed. Using the recent type of multivector Distraction Osteogenesis called Kawamato Distractors, facial bones were expand­ed in 3 dimensions gradually over a month. The growth of the face bones was internally weak so rhBMP-2 protein was added to promote new bone growth.

With gradual expansion of the bone everyday, the symptoms were reversed. Mustafa’s upper jaw was slowly brought forward thus increasing the volume of eye socket and reducing the bulging of the eyes. This dramatically improved his appearance giving him “a new face”. Breathing, chewing, speaking functions became easier. Mustafa is very happy with his improved look & that people will not stare at him anymore. The boy and his family were very pleased that the surgery has good results and they heartily thanked Dr. Balaji for his expertise.

The news about Dr. S.M. Balaji’s achievement was given wide coverage by all sections of the media. The parents also gave an interview to share about their son’s condition and successful surgery. This increases awareness about such complex illnesses and their treatment options. 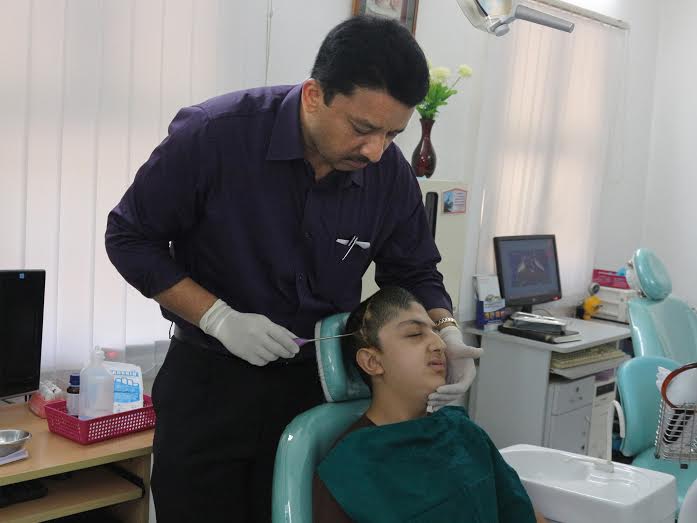 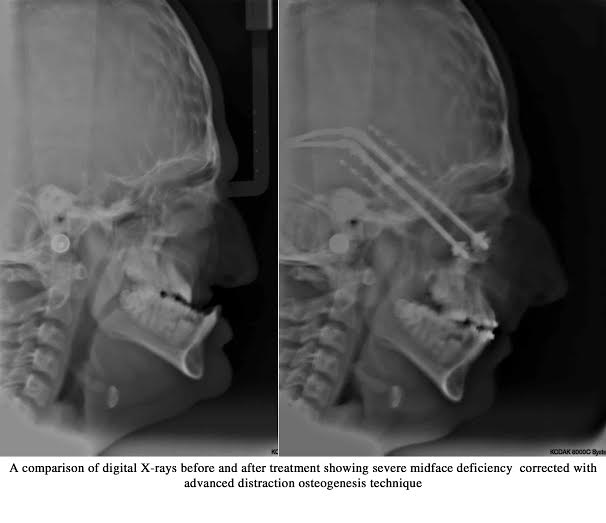